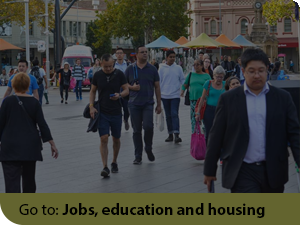 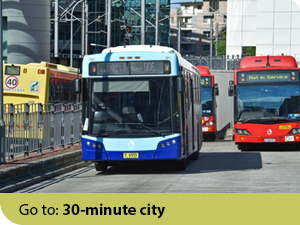 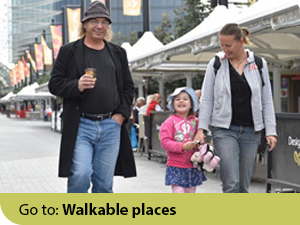 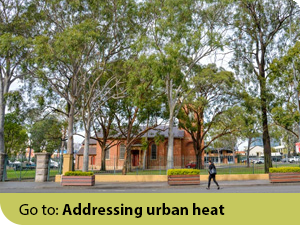 This indicator monitors the spatial aspects of Greater Sydney’s development, the places where jobs, education and housing are located. These are fundamental to understanding progress towards achieving the metropolis of three cities.

The goal is better alignment of jobs, education and housing opportunities across the three cities. For jobs and education this means improving access to these opportunities alongside population growth. For housing this means providing a diversity of housing types that respond to changing community preferences and needs at different life stages.

The historical settlement pattern of the Greater Sydney Region has seen the concentration of jobs, economic activity and tertiary education institutions in the Eastern Harbour City, reinforced by the radial rail network. As the population grows rebalancing social and economic opportunities can leverage that growth and deliver benefits more equitably across Greater Sydney.

Within the next 40 years almost half of the population of Greater Sydney will live west of Parramatta1. Having three cities, each with supporting metropolitan and strategic centres will mean people live closer to jobs, city-shaping and city-serving infrastructure, entertainment and cultural facilities.

A greater distribution of housing types will provide greater choice as the community grows and people’s needs change. This is required to match local housing demand, changing demographics and the needs of the community at different life stages. These considerations also include a range of housing types, tenures and price points together with rental accommodation for lower income households and social housing for the most vulnerable2.

Distribution and types of jobs 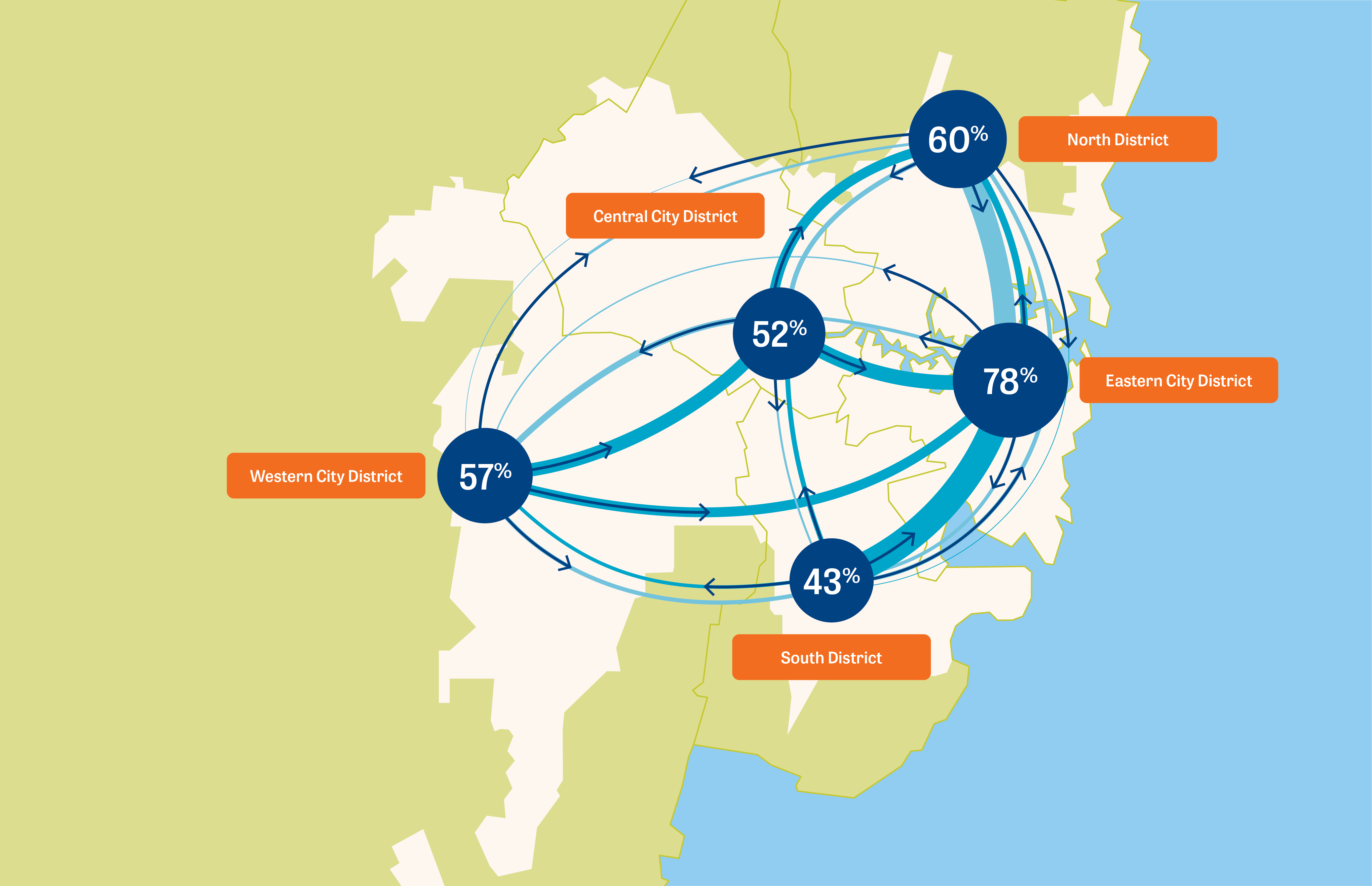 Job containment by district 2016 (percentage of people who live and work within the same district; the arrows show intensity of movement between districts)4

It is not just job locations but also the types of jobs in those locations that need to be considered. The figure below also shows the proportion of jobs in the knowledge and professional services sector (also referred to as knowledge jobs) is highest in the Eastern City District. By comparison, population serving jobs generally have an even distribution across the Region. 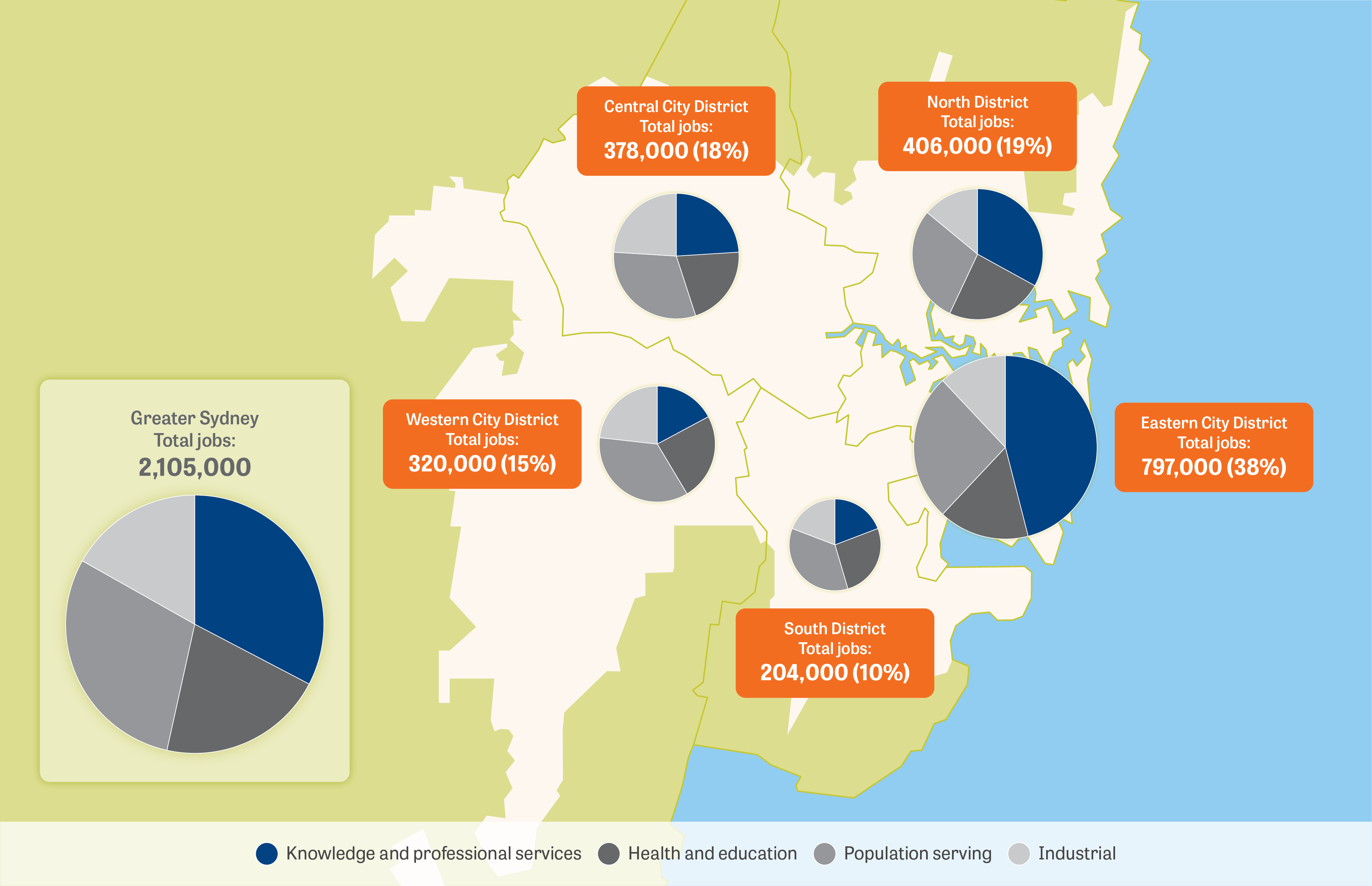 Across Greater Sydney in 2016 more than half of all students were attending primary or secondary school, signalling future demand for tertiary education (university and technical and other vocational education and training, or TAFE) (see figure below). As a share of total student population, the proportion of local and international students attending university is highest in Eastern City District while the proportion attending TAFE is consistent across all districts.

Over the ten years to 2016, the number of students attending university across Greater Sydney increased by 64 per cent. This is due to a number of factors including the city’s increased population demand for tertiary institution places from local and international students.

*Tertiary education refers to university and technical and other vocational education and training, or TAFE. 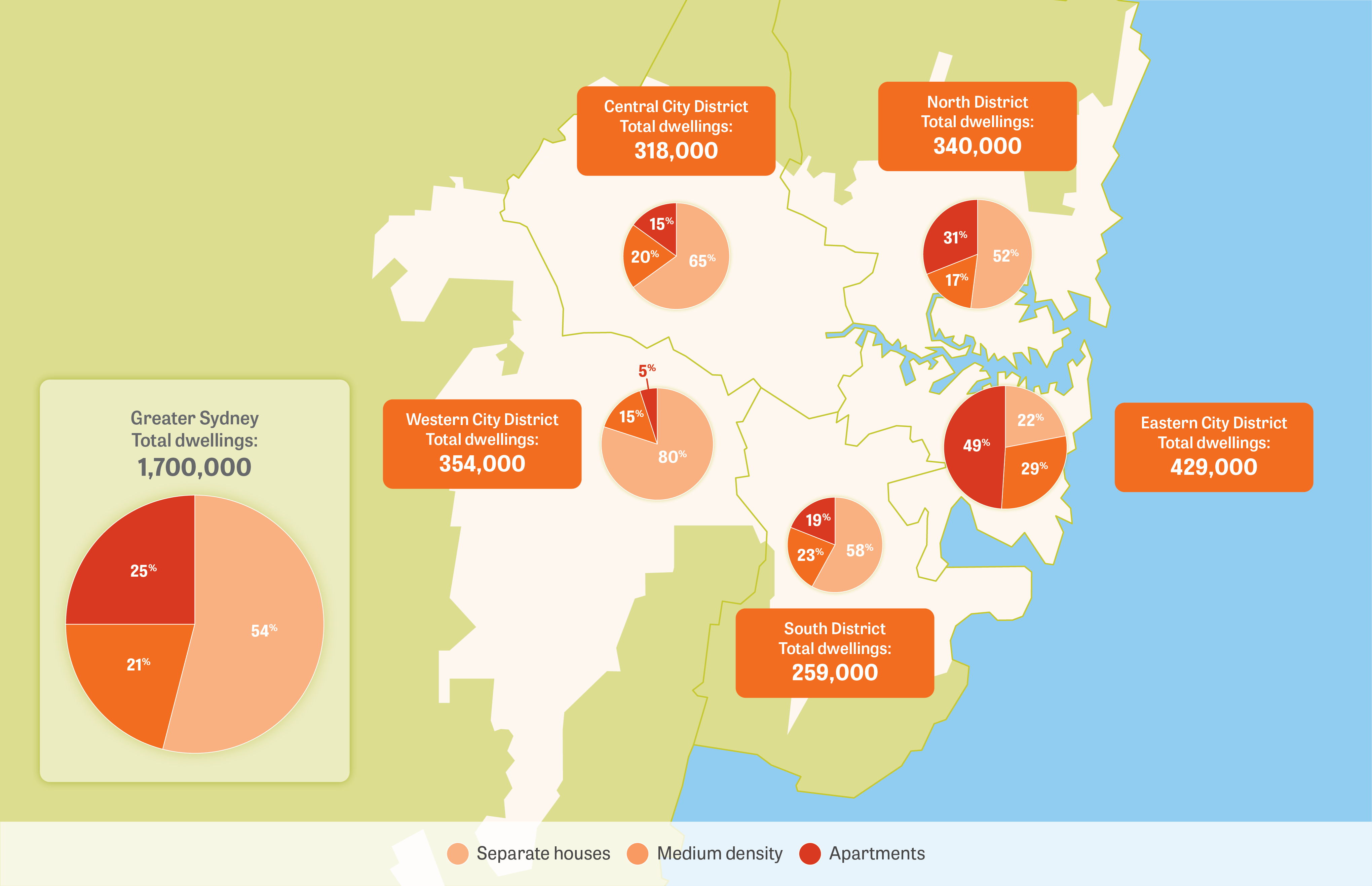 The proportion of apartments increased markedly across all districts in the decade to 2016 compared to the increase of separate houses and medium density. The largest increase was in the Central City District where the number of apartments grew by 75 per cent8.

Research on housing market areas shows there is a preference for people to move and age within their local communities. Research also points to the growing housing affordability challenges across Greater Sydney.

The number of jobs and tertiary education opportunities are greatest in the Eastern City District while housing diversity is lower in the Western City and Central City districts.

An increase in jobs, particularly knowledge jobs, and tertiary education opportunities in the Western City and Central City districts is needed to address the current imbalance, particularly as the population of these districts is growing at a faster rate than other districts. Growing centres in these districts will assist in creating knowledge jobs which are largely concentrated in metropolitan and strategic centres, economic corridors and health and education precincts.

A greater understanding is needed of the demand for different housing types as the population grows and changes across all parts of Greater Sydney. Population projections in the Western City and Central City districts show an increase in the proportion of older people which will require a range of housing responses.

We also need to further develop how to best monitor and report on how housing supply is meeting the need for affordable housing. The Region Plan identifies housing affordability is a significant issue and Objective 11 sets out a program to introduce affordable rental housing targets. Following the development of a framework to deliver affordable rental housing, data will be collected to measure progress towards that target.

Go back to the Pulse of Greater Sydney