By 2056 the combined population of Greater Sydney, Greater Newcastle and Wollongong will be approximately 10 million. Improving the northsouth transport connections between these cities will enable greater economic efficiencies and opportunities.

Economic connections between the regions include the supply of goods and services, business-tobusiness interactions and access to labour (refer to Figure 31). In particular, current interactions include:

Leveraging transport improvements will, in the longer term, support the development of economic opportunities across this part of NSW connecting the State’s largest cities. The approach of developing a number of economic and employment clusters and linking them via improved transport, is consistent with the approach taken by a number of international cities.

In the Western Parkland City a number of committed and potential transport connections converge including the Outer Sydney Orbital corridor, the Bells Line of Road, the Western Sydney Freight Line and the new Western Sydney Airport.

Regional transport connections will link Port Botany, Port Kembla and the Port of Newcastle which are internationally important trade gateways, facilitating the import and export of significant volumes of container and bulk freight such as coal, motor vehicles and agricultural products.

Within 40 years the status of Port Kembla will be elevated to operate as a container port servicing Greater Sydney. There will be a need to enhance and develop new road and rail connections from Port Kembla to freight networks, specifically intermodal facilities in the Western Parkland City. Most likely this will include freight rail connections via the Maldon-Dombarton corridor and road connections linking to the proposed Outer Sydney Orbital corridor.

These longer-term transport upgrades will significantly influence land use opportunities in Wilton, Appin, West Appin, Mount Gilead and Campbelltown-Macarthur and their economic relationships to Wollongong.

Therefore, for the Western Parkland City there will be a strong temporal element to its growth. In the first instance, opportunities will be driven within the city and from connections to the Central and Eastern cities. In the longer term further growth opportunities will arise from north-south connections to the Illawarra, the Central Coast/ Greater Newcastle regions and Canberra and environs. 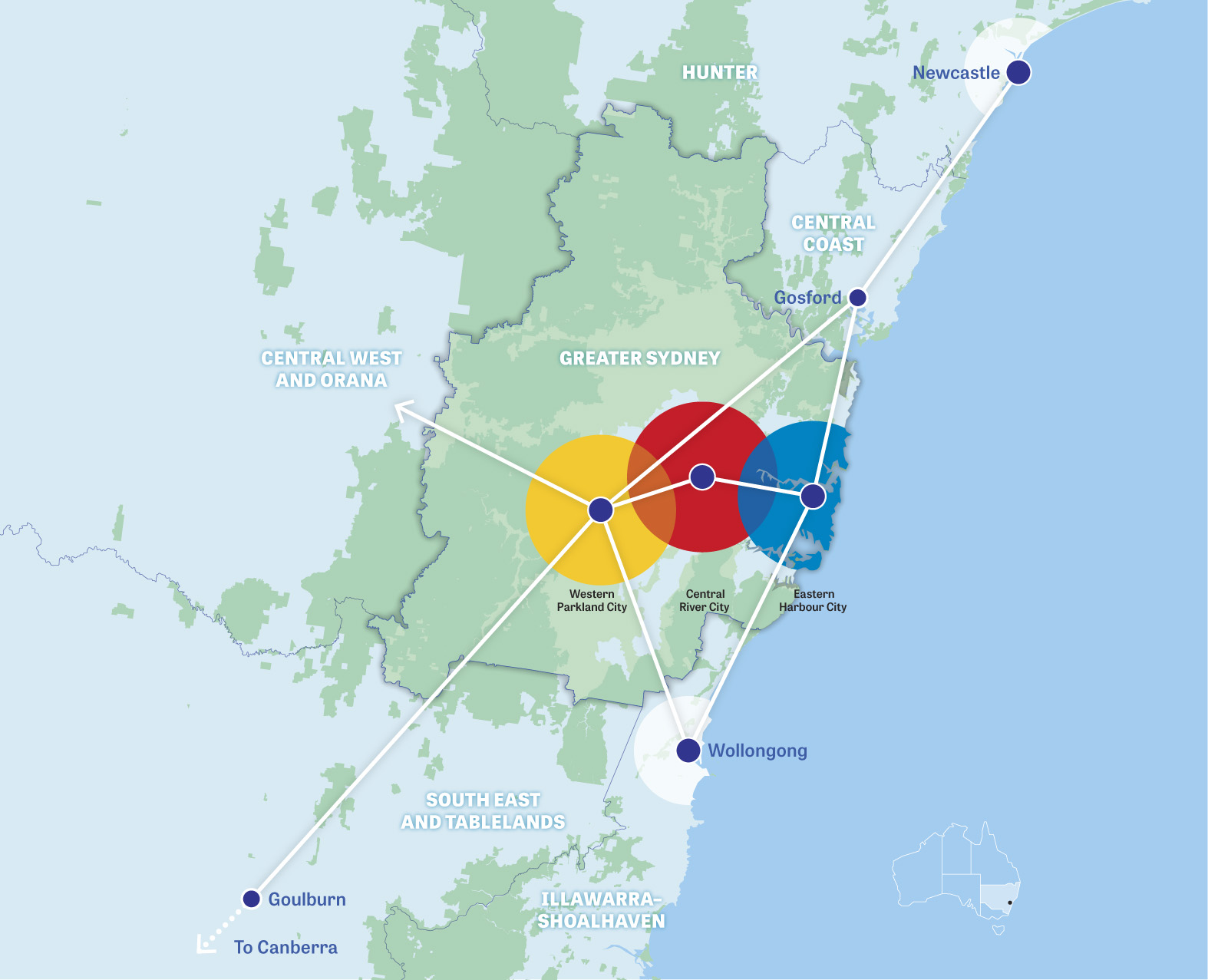 You are here:
A Metropolis of Three Cities
Chapter:
Productivity
Direction:
A well-connected city
Favourite this section

Download this plan in PDF (16.01 MB)
Jump to previous section Previous section Freight and logistics network is competitive and efficient
Back to top
Jump to next section Next section Jobs and skills for the city