WSU honours Geoff for work on the future of Western Sydney

18 Sep 2019
Another significant honour to mark the huge contribution our Deputy Chief and Economic Commissioner Geoff Roberts AM has made to planning in Greater Sydney with Western Sydney University conferring upon him an honorary Doctor of Letters. The citation for the WSU honour states “in recognition of his work as inaugural Deputy Chief Commissioner and Economic Commissioner for the Greater Sydney Commission, and Chief Coordinator of the Western Parkland City. The award also recognises his work in negotiating the Western Sydney City Deal on behalf of the NSW Government.”

This latest recognition follows his Order of Australia in the 2019 Queen’s Birthday honours and awards as NSW and National Planning Champion from the Planning Institute of Australia.

Geoff gave the Occasional Address to the city’s newest graduates, congratulating them on the wonderful milestone and expressing excitement for the future of the Western Parkland City.

Geoff said: “What we are doing with the Western Parkland City is something that happens once every hundred years. People like me are working hard to get this thing kick-started.  But it is going to be you and your generation – through your unbridled energy and enthusiasm – who will deliver – and benefit from – its full potential.

“This is what makes me so excited to turn up every day to work on the Western Parkland City.  I’m approaching the latter stages of my career – you have yours ahead of you.

“My role is to help develop this opportunity – it is your responsibility to grasp it.

“I’ve been around the world five times in recent years – but I would not want to be setting out on life’s journey anywhere else but in Western Sydney” Mr Roberts said. 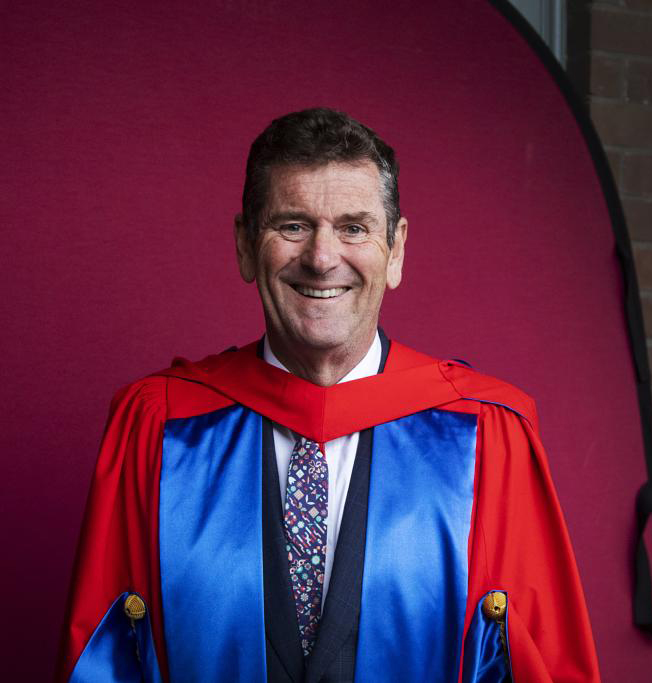