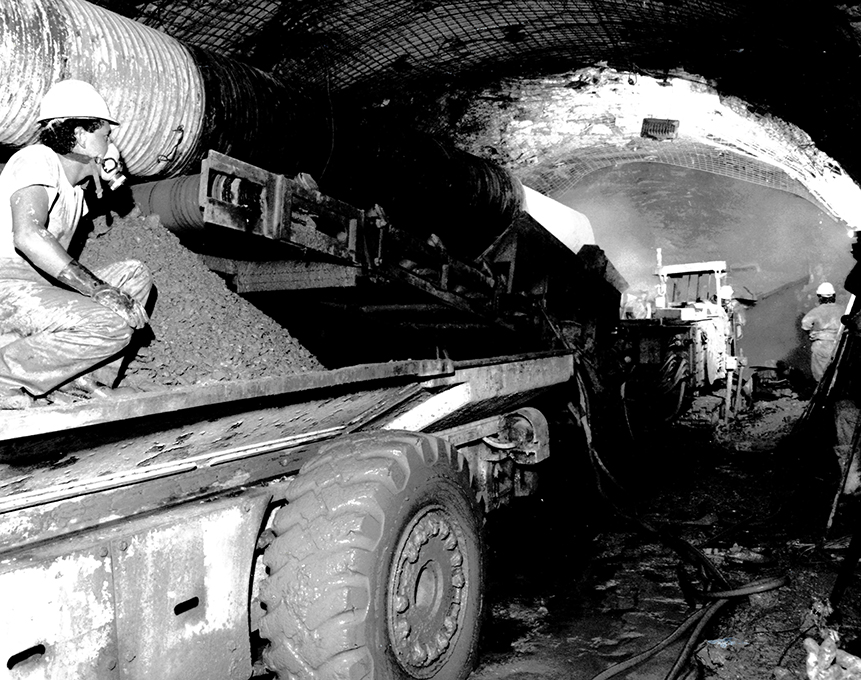 Greater Sydney’s first attempt at sewage disposal was simple – dump it in the Tank Stream -eventually rendering the colony’s first water source undrinkable. Next came the harbour – and not just sewage but industrial waste.

A growing awareness of health and liveability turned toward a new understanding of environmental issues in the late 1970s and 80s. Among them was the issue of our then polluted waterways and beaches.

The sewage outfalls of the eastern beaches – the city-shaping infrastructure of their day – were insufficient to support the ever-growing city and its wastewater needs. Swimmers at Bondi told tales of murky waters and marine life ignored the harbour. Solutions to sewerage needs had actually been investigated earlier but the POOO marches – People Opposed to Ocean Outfalls - and the ‘Turn Back the Tide’ concert, which attracted 250,000 people to Bondi Beach in the late 80’s, brought the matter into sharp political focus.

The Deepwater Ocean Outfalls, costing the equivalent today of $600 million opened in 1990 after years of construction and they changed the city. Our beaches were clean and the water wasn’t a health hazard.

Water quality has continued to improve through these and other interventions. As with much of this list, the benefits were not immediately evident or remarked-upon.

There’s certainly nothing exciting about sewerage projects. But they required vision, risk-taking and a hard decision to be made, and they have proved their worth. The beaches and harbour, though they do not represent all that our city has to offer, deserve their status as some of our most important public places and they should be enjoyed by all.

The strengthening of our waterways and harbour also benefited from the investment in Port Botany over decades which has enabled improved public access to the foreshore as one of our greatest open spaces.