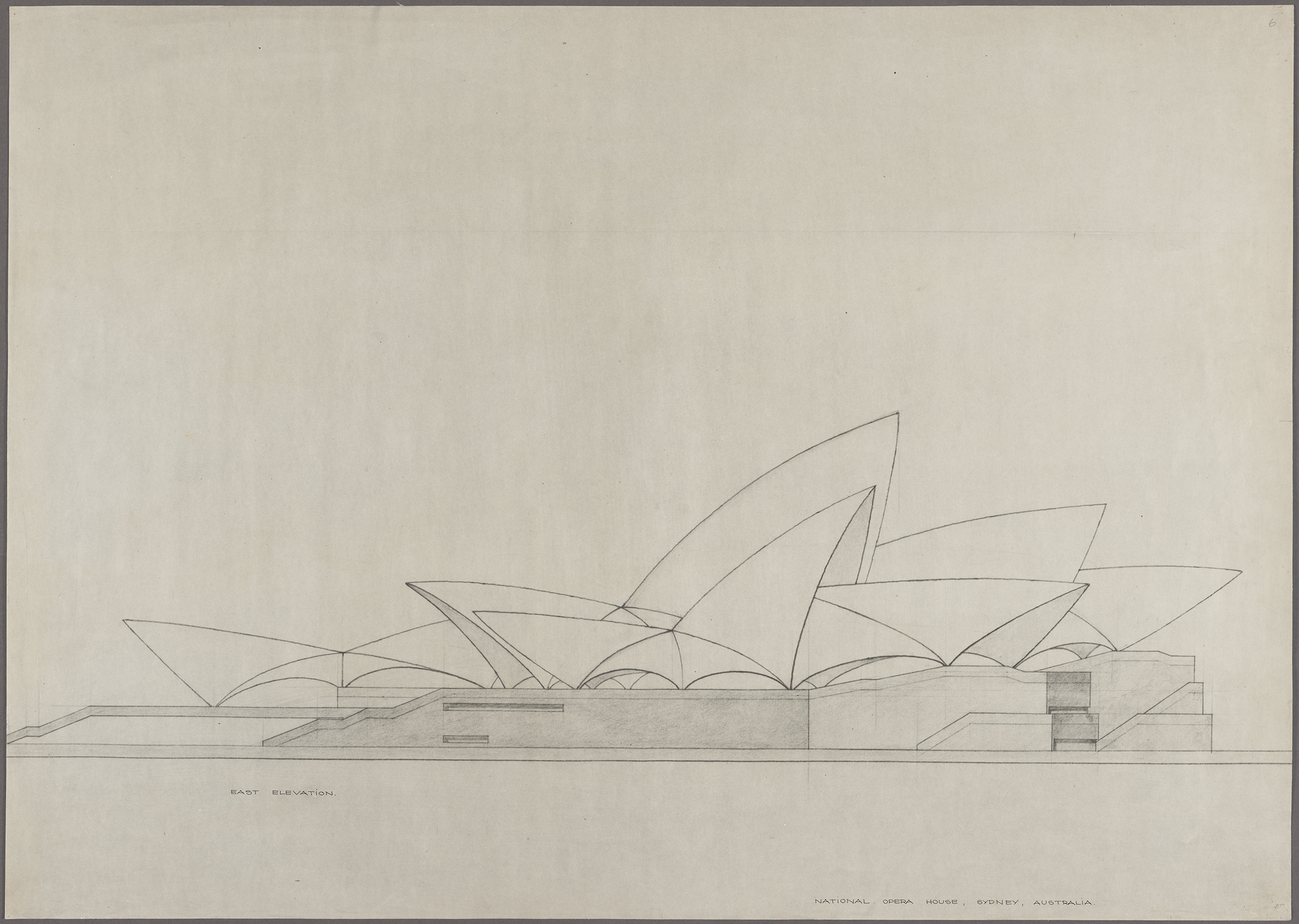 Greater Sydney emerged from World War II continuing to grow and, like many maturing cities, seeking to define itself in an increasingly connected world.

The clamour for a National Opera House was on record from at least 1920 and Australia’s first international celebrity, Dame Nellie Melba, made her voice heard on this matter at least a few decades before it eventuated.

These whispers and mentions coalesced with Eugene Goossens, the conductor of the Sydney Symphony Orchestra in the mid-1950s, being credited with persuading then-Premier, Joe Cahill, of the pressing need for such a venue. While Cahill proposed a site near Wynyard, Goossens insisted the site must be Bennelong Point, which had long been known to the local Gadigal people of the Eora Nation as Tubowgule - "where the knowledge waters meet." They had long gathered there, feasting on local oysters, singing, dancing and sharing stories.

Colonists and bureaucrats had variously, over the decades, thought the site better suited for a horse and cattle yard, a site to produce lime for making mortar and, later, fancy tram sheds. Its name now honours Woollarawarre Bennelong, a senior Eora man at the time of the arrival of British colonisers in Australia in 1788. Ultimately, as the location of the Sydney Opera House, it has been restored as a place of cultural gatherings.

Quite what possessed our humble city and the politicians of the day to turn to an international design competition for the site, and to ultimately choose a young Jørn Utzon’s impossible design, we will never know.

The ensuing years of construction, political scandal and acrimony over cost blowouts are well-documented in the annals of Greater Sydney, including Utzon leaving Sydney never returning to see his completed work.

Our most significant icon is the jewel in the crown of Sydney Harbour and one of the most recognisable and unique structures in the world, on a site of historic and cultural significance. It earns and deserves all superlatives.

Whichever way you consider it, and regardless of the hyperbole, the Sydney Opera House has played an unmatched role in defining Greater Sydney’s growing maturity to the world and in our emergence as possibly the most important financial capital of the global south. It was no coincidence in the 1990’s that some of the offices used by the NSW Government to attract business to the state, provided unimpaired views of the Sydney Harbour Bridge, Opera House and harbour to help 'seal the deal'.

It was helped along by another move in the 1950s worth mentioning - to remove the restrictions on the height of buildings in the harbourside CBD, paving the way for capital to invest in skyscrapers and dramatically reshape the skyline. If only to gaze upon the Sydney Opera House on the harbour, our tallest buildings have made their mark on Sydney as well.